In the United States of America, Traumatic brain injury, also known as TBI, poses a serious public health problem. TBI can be caused by a number of factors such as traffic accidents, sporting injuries, and active military service. Sportspersons, veterans, and survivors of traffic accidents are, in fact, some of the people who are most at risk of suffering from TBI and related health conditions. Essentially, TBI is the result of an injury or trauma to the human brain, caused by external, mechanical forces.

Traumatic brain injuries can lead to behavioral, communicative, and cognitive disabilities. An effective and foolproof treatment for TBI is yet to be discovered, so patients often have to rely on alternative healthcare options and therapies to see significant improvements in their health. One such alternative therapy widely recommended by healthcare professionals around the world is known as hyperbaric oxygen therapy or HBOT.

Hyperbaric therapy for brain injury is a treatment option that is popular among patients, caregivers, and physicians in various countries of the world. Numerous studies and clinical trials have outlined the benefits of HBOT for patients living with TBI and related conditions. In clinical trials conducted in 2006-07, hyperbaric therapy for brain injury led to improvements in neuropsychological symptoms and sensorimotor functions. These findings confirmed the role of neurogenesis and angiogenesis in the treatment of chronic, late-stage TBI.

An Overview of TBI

In the US, more than 10 million people fall prey to traumatic brain injuries every single year. People suffering from TBI are at high risk of both mortality and morbidity. This has made TBI one of the most pressing medical concerns of modern times. The damage caused by TBI can encompass one or more areas of the brain, depending on the type and severity of the injury. TBI which only affects one area of the brain is called ‘focal’ while that which affects multiple areas is called ‘diffuse’.

Symptoms of brain injury can range from mild to severe, with most affected individuals reporting moderate symptoms and health issues. This depends largely on the exact extent of brain damage that the particular patient has sustained. Significant cognitive, communicative, and behavioral challenges are some of the hallmarks of TBI. Survivors often don’t have recourse to any effective treatments or medical interventions in daily clinical practice, because no foolproof treatment options have yet been developed for this health condition.

At the time of injury, a certain amount of irreversible damage to the brain tissue is caused by the initial impact. After the initial injury, ischemia, edema, and hypoxia cause further damage to the brain. The release of excitotoxic neurotransmitters, the raising of intracranial pressure, and the impairment of calcium homeostasis are some of the secondary factors which cause the debilitating symptoms of TBI.

While there is no way to prevent the primary injury and the resultant damage to the brain tissue, researchers have tried various ways to limit the damage caused by the second wave of physiological reactions with the help of various types of therapies and treatments. Hyperbaric therapy for brain injury is just one such treatment option currently favored by physicians and scientists working with patients who have TBI.

The Role of Hyperbaric Medicine

Hyperbaric oxygen therapy (HBOT) is an alternative treatment option which involves the inhalation of 100 percent pure oxygen inside a sealed vessel made from plastic or metal. This sealed vessel is known as the hyperbaric chamber and inside it, patients are administered a high concentration of oxygen at higher-than-average levels of atmospheric pressure. Usually, the air pressure is at least twice – sometimes even five times – as high as normal pressure at sea level.

HBOT is currently quite popular among healthcare workers and medical researchers working in the field of neurological diseases. This might be because hyperbaric therapy for brain injury has been proved to suppress inflammation, inhibit apoptosis, promote neurogenesis and angiogenesis, and protect the integrity of the blood-brain barrier. The neuroprotection provided by HBOT is one of the primary factors which make it perfect for treating patients with TBI.

Some of the mechanisms of HBOT which help provide this neuroprotection to patients have been extensively studied by researchers. Reducing inflammation, an increase in tissue oxygenation, minimizing intracranial pressure, decreasing apoptosis, and promoting angiogenesis and neurogenesis are the major neurological benefits associated with HBOT. The efficacy of hyperbaric therapy for brain injury may differ from one patient to another due to the heterogeneity of TBI symptoms in human beings. 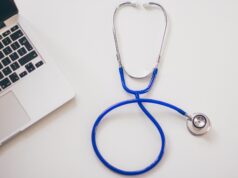 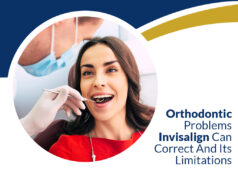 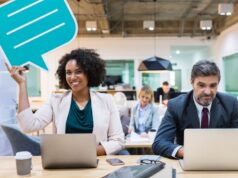