Summary: If you are interested in acting then you should study it first. There are several ways to study acting through attending drama, theatre, or acting school, etc. Choose the best option according to your need.

There are many opinions on whether professional acting can be taught or learned and if you really want to learn how to act, then you should definitely study. The purpose of studying is to improve your basic acting skills. Every actor has strengths and challenges, and studying is the best way to get to know yourself and improve as an actor and decide if it’s something you want to pursue. I have mentioned some of the ways to study Acting.

Drama schools are increasing in popularity with a large number of students and if you want to study acting then you could apply to drama school. Drama schools and workshops are all very beneficial for studying the core of acting. It teaches you several things about acting like how to create an imaginary situation, how to get into the shoes of another person, how to display human emotions and work on minute details. It will

2. Participate and Work with Theater Groups

Participating and working with theater groups is one of the best ways to study acting as theater groups will fully guide you, and draw the nectar of acting according to your needs and your abilities. Theater groups are better at teaching and understanding you because they will give you a chance to perform on stage and before that they will prepare you for that which is very important. Stage performances will prepare you for the audience and increase your self-confidence

This option will basically charge you way less than other mediums and will give you a chance to study acting as well as learn the basics of acting.

There are many actors of present date who have been raised up from theater-like Anupam Kher, Naseeruddin Shah, Shahrukh Khan, Boman Irani, etc.

3. Study Acting by yourself

Study acting from nearby through examining different people and how they react in different situations.

Try to read acting books. They can teach you anything, and if they don’t, it will give you some great ideas and tips that you can use to improve your current skills.

Find a video that makes you feel that good acting can be studied by it. Watch it and right after watching it again without sound and study how the actors act without the words.

Get a script, a monologue, or a short view to read. Study the script about how well it is written, how a character develops, and how well you can perform if you get the chance.

4. By admitting yourself into Acting Class

Among all of the above options, the preferable option that I will suggest to you is to enroll yourself in acting schools. Joining an acting school and training with the best lays a good foundation for a successful career for an actor.

Acting school is about learning techniques and in acting schools, you can study a variety of different acting styles and methods. They help you to take risks, try experimenting on yourself, learn to improvise, study how to use imaginations, learn to use voices,  push yourself to boundaries, develop your acting range, and discover oneself as an actor.

Acting school can give you the tools to get out of your own way and let you be the best actor you are capable of. It will also give you the right exposure and connection to get a break into the entertainment industry.

If you’re interested in enrolling yourself in a good acting school, then you can take a look at Barry John Acting Studio. They are one of the most recognized acting schools across India. They offer the best acting course in Mumbai with the necessary facilities and experienced trainers to mold you as an ideal actor. It guides and boosts your acting skills, that is why I recommend you join BJAS and be a part of one of the best acting schools in India. 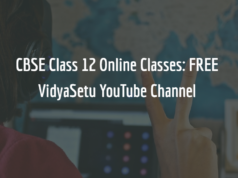 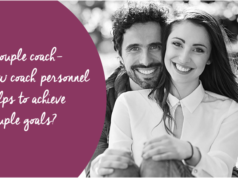 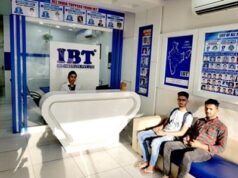 How to Choose the Best SSC Coaching Institute in Chandigarh